This is a backup of the site which used to be at politeforce.com. The site, which was meant to host a thriving community dedicated to all things avantgarde in music and particularly bands and music from or relating to the Canterbury scene, never managed to attract enough people to really keep it going. Paying the bills for the domain eventually seemed pointless, but there was some good stuff on there so I’m trying to preserve it.

Possibly I am also preserving the forum posts. See http://politeforce.torden.org/forums

Documentary filmmakers Adele Schmidt and Jose Zegarra Holder need your help! They are working on their documentary series, Romantic Warriors, and now they’re currently in production of their third film, Canterbury Tales. As you might have guessed already, this film focuses on the Canterbury scene and will feature interviews with a wealth of musicians like Phil Miller, Dirk Campbell, David Sinclair, Brian Hopper and Didier Malherbe, just to mention a few.

They’ve also made a trailer.

Currently, they are working on getting funding to complete their film and, unless i july 11th already, you can help them. Read more about the project and help them reach their 20 000 USD goal on indiegogo.com :

A tribute to Elton Dean (1945-2006), from his earliest recordings with Bluesology and the Keith Tippett Group through his classic work with Soft Machine and beyond, including Ninesense, Newsense, Soft Heap, Pip Pyle’s Equip’Out and National Health, to his very last composition and recording. Also, Caravan playing Gershwin (1970), Daevid Allen playing dubious guitar with Princess Flower and the Moonrays (1968), the Gong Family Glissando Orchestra playing a single note for a very long time in an Amsterdam coffeeshop (2006)…and the fool who appropriated Mr. Dean’s name making an incongruous cameo on a Kevin Ayers song.

Sometimes, you just have to ask the hard question. The really hard question. If you had to pick out one recorded National Health song to be your proclaimed favourite, which one would it be?

To make it all nice and organized, I’ve created a helpful poll with the tracklists of their studio albums and the archive release Missing Pieces. There you can place your vote and you’re even allowed to re-vote and change your mind should it be necessary in the future.

There are so many good songs to choose from, The Bryden Two-Step (For Amphibians), The Collapso, Portrait of a Shrinking Man, Binoculars, Agrippa, Brujo, Clocks and Clouds .. But my vote now will go to the first National Health song I ever heard and still can’t get tired of, the epic Tenemos Roads, the band’s longest piece and opener to their debut album. The band sounds great and I just can’t get enough of Amanda Parsons voice .. and it’s a Dave Stewart composition and, when it comes to composing music, he’s the man.

Theocracy is a band that I have been following for quite a while, ever since my last.fm introduced me to them. If it wasn’t the instrumentals that this band creates, it’s the vocals, they are beyond fantastic. Anyway, I don’t want to say too much.

This band is definitely deserving of a continuously growing fan base, especially in the prog region. I stumbled upon this band by accident through last.fm, and it wasn’t long until I had their entire discography in my collection. One of the finest examples of progressive rock out there right now. Even if there are aspects where it doesn’t seem to be of a typical progressive rock band, they still have their moments where it’s very subtle prog, but also done very well. Some of said that they can be easily comparable to The Smashing Pumpkins, in that I can agree, just subtract the whiny vocals.

Ever heard of the American pop  / rock band Sparks? Yes? No? Join in on our Sparks discussion on the forums.

One of the finest examples of pop rock I’ve heard in a long while. Or synth pop. Or Rock. I guess it just depends on the album you’re listening to. Anyway, I would consider this to be an acquired taste. Though, it didn’t take me long to enjoy them. So, the really great thing about this album is, if you were looking forward to the album sounding just like Iron Maiden has always sounded, you’re in luck, they have not changed their sound one bit, it has a lot of the influence from A Matter of Life and Death. They STILL have continued to have that “classic progressive rock” sound. Everyone in the band still shows that they’ve got excellent talent. Especially Bruce Dickinson, he still has that great metal voice that you were probably praying that he would keep. Again, you’re in luck, Bruce Dickinson still has as much talent as ever in the Final Frontier.

It’s also jam packed with a bunch of amazing yet subtle guitar solos, and some smooth metal to even the cards a little bit. Some pretty amazing bass grooves as well, everything about the instruments in this album would be completely under-stated if I were to talk about them, just listen for yourself when you receive this album, you’ll know what I mean about not being able to full write out the amazingness of the members in the band.

The track list is pretty great too, some great songs, with one full listen through, I haven’t seen one song that I was disappointed with: Eagles: Desperado, it is full of the best classic rock sound that anybody can enjoy. This album has a sort of old west outlaw theme to it, you’ll notice that all of the songs on this album sound very…country-ish. But needless to say, that’s what makes the Eagles so unique, they can take a theme that is so out there, and create an album of magic and enjoyment. With deep lyrics and lots and lots of acoustic guitar followed with harmonica and such and such, this album is definitely a must have in any collection.

This album is easily one of my all time favorites. It has everything I would hope to hear from the Eagles. This is by far probably one of the top 10 albums on my iTunes, it has such soul and power in it. Although, the songs may be fairly short, they all have great meaning, and the lyrics are just spot on.

I secretly like the fact that this album is short in time, because it makes it fun to listen to. When songs are super long, they sometimes tend to drag on and on, but with this, you get the purity of the Eagles in every song. Though, some long songs aren’t always bad, they have one or two 5+ minute songs in the Eagles Greatest Hits, Vol 2 album, which I also enjoy.

I just like the fact that, regardless of the amount of time that this band has been around, they still never seize to amaze music listeners; and even if it’s not your type of music, it’s good to give it a listen, especially the vocals. It’s such a tantalizing voice, it’s almost impossible not to love it.

There really isn’t a whole lot to say about this album, or the Eagles in general, it’s sort of a “you have to listen to it for yourself” sort of thing. 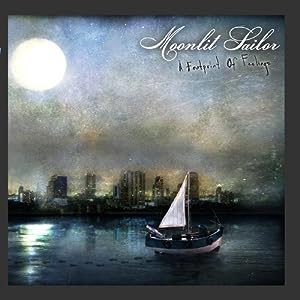