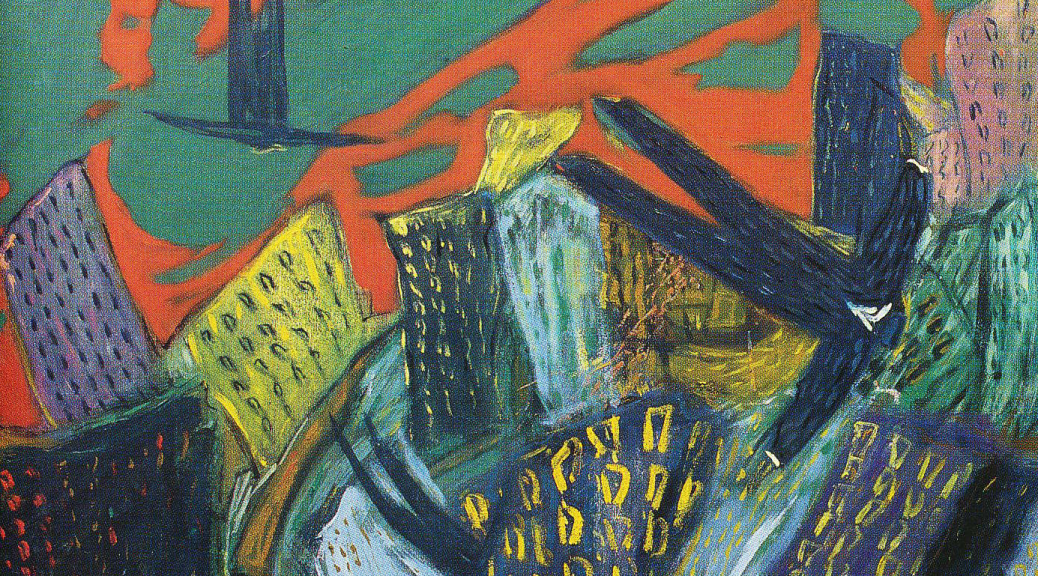 Canterbury knights is a compilation album containing previously unreleased archive recordings by the band The Polite Force which was active on the Canterbury scene between 1976 and 1978. It was released by Voiceprint Records in 1997.

Engineer and producer on all tracks was Jeremy Darby. Executive producer was Rob Ayling.

The album cover features a painting by artist Garry Gilchrist titled “Raining in my head”. Printed in the sleeve and on the disc itself was a photograph of mustard and cress flower bed made and grown in the shape of a guitar, by Marc Coker. The album sleeve also contains Mark Hewins’ story Polite Force, Joe – And the UFO. 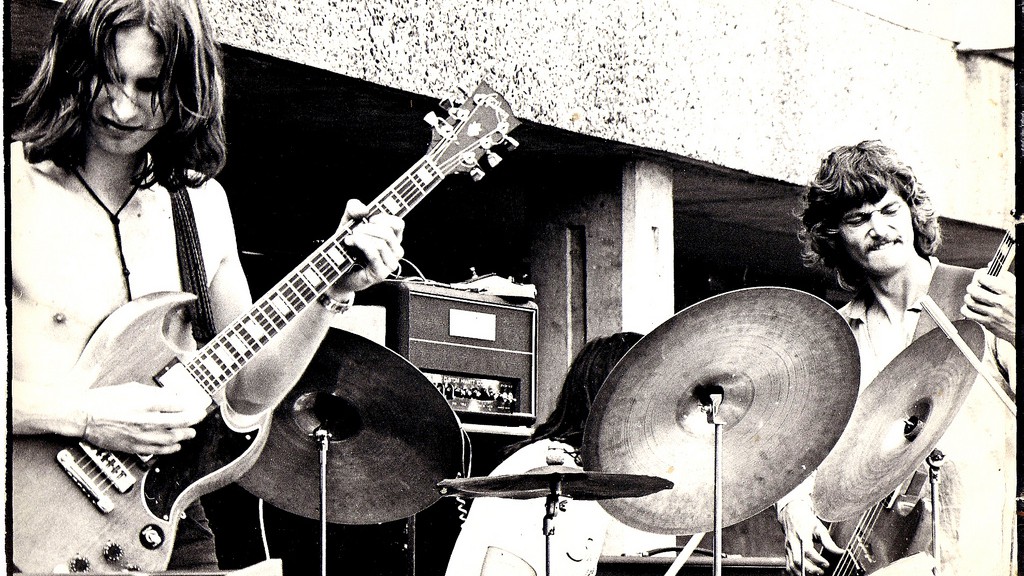 The Polite Force was a Canterbury scene jazz fusion outfit who gigged locally in the Canterbury area between 1976 and 1978. The group took their name from Egg’s second album.

The core of the band was made up of ex-Gay Perez backing band members Mark Hewins (guitar), Graham Flight (bass) and Vince Clarke (drums) as well as Max Metto (saxophone) who had come from Cameroon to Canterbury to study maths. The band was recruited by David Sinclair to record the music for his solo album, Moon Over Man, which was recorded in 1976/77 and released on Voiceprint 15 years later in 1993 and so it was these recording sessions which led to the formation of the group. Dave also played electric piano in the band for the first year or so. Line-ups who recorded material also include university student Geoff Corner (saxophone) and Jon Rowe (flute) who had, among other things, played in the Kevin Ayers Band.

The band gigged locally in Canterbury. The first concert took place at the University and most of the band’s later performances happened in Alberrys Bar which, according to Canterbury Knights sleeve notes, was packed twice a week for two years. The band would invite others to play with them and a number of prominent Canterbury musicians guested the group during it’s lifetime, including Richard Sinclair, Richard Coughlan, Andrew Latimer, Andy Ward, Jan Schelhaas and Tony Coe.

The group recorded material with different lineups. Although these recordings were not released during the band’s lifetime, an archive recordings compilation album called Canterbury Knights was released by Voiceprint in 1997. The recording sessions behind the material on this album took place in 1976 and 1977.

The Wilde Flowers were an english band and an early training ground for many Canterbury scene musicians. The group was formed in 1964 by Robert Wyatt and friends and had several lineup changes during it’s lifetime. An early lineup had Robert Wyatt on drums, Brian Hopper on guitar and saxophone, Hugh Hopper on bass, Richard Sinclair on guitar and Kevin Ayers on vocals. Many other prominent Canterbury musicians to visited the lineup, such as Richard Coughlan on drums, Pye Hastings on guitar, Richard’s cousin David Sinclair on keyboards and Graham Flight on vocals.

In 1966, Kevin Ayers and Daevid Allen recruited Robert Wyatt to their new band project, Soft Machine, as drummer and singer. The Wilde Flowers broke up and Richard Coughland, Richard and Dave Sinclair and Pye Hastings eventually formed the band Caravan.

The framework of the site is pretty much up and running. The forums are reasonably integrated, there’s a webchat up and a rough category structure has been imagined and put to work. What this place needs now is to be filled with content. Writing is free, but getting pictures legally can be a problem. Simply copying pictures from the net is, more often than not, illegal and so we humbly ask Canterbury passionate picture owners out there to help build our site by granting us the use of your pictures.

We are particularly interested in pictures of the following :

If you are able to help out, please send an email to webmaster@politeforce.com!

The Polite Force is both the name of a Canterbury scene band and Egg’s second album which that band took their name from. Now, we’re continuing that fine tradition of name “borrowing” (stealing is such an ugly word) and applying it to this site which will, hopefully, be the home of the definite community on the net for those interested in the musicians, their bands and the music from the Canterbury scene. Although something looking like a site is up and running, we still have some way to go before we reach our goal of creating something like the ultimate online Canterbury community experience . We will need people to help populate the community, fill our pages with content and possibly also to help further develop it from a technical point of view. If you are interested in any aspects of this, don’t hesitate to sign up and make contact.