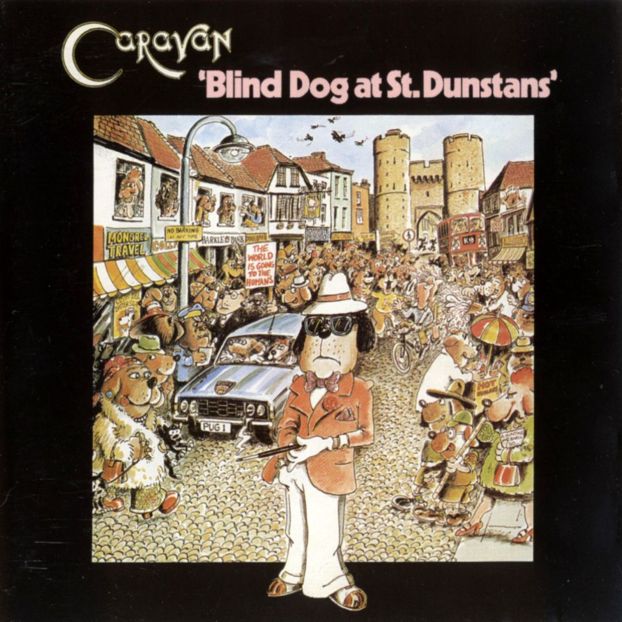 Okay, this is not prog! Not at all. Of course that doesn’t mean it’s bad or anything but there’s this thing with prog bands doing things that ain’t prog that somewhat prevents the seasoned progsters from approaching it with a clean mind. I know, I am one myself and it took some time for me as well to get used to the notion of acquainting, much less liking, the poppier dinosaur output that started to emerge from the mid-70’s onward. But don’t you dare dismiss it just because it isn’t prog, because that is obviously not the main factor that made certain records suck big time. Relative latecomers such as Rush and Camel carried on just fine into the 80’s for example, and even some of the Genesis stuff of the time qualify as well, despite it not being considered prog anymore. Likewise, the reason why Yes’s “90125” stinks is not because it isn’t prog but because it’s synth-disguised sleaze rock (or a pile of digital dung, whichever you prefer). In short, records rule or suck because of what they are, not because of what they aren’t.

And this record, well it doesn’t exactly rule but it sure is listenable and cheering in the best Caravan tradition and I suppose we have our favourite sissy boy mr. Hastings to thank for that. Dave Sinclair left the band once again and was replaced by Jan Schelhaas and the overall approach seem to somewhat hearken back to “Waterloo Lily” with all the funky electric pianos, clavinets and whatnots. But this time around it all seems to gel together much more fluently because the playing is actually suspended in compact and well-written songs in contrast to aimless jamming. For the first time however, I find it a bit hard to talk about the separate songs on this album but several of them sound almost like Steely Dan with all the gospelish harmonies and syncopated bass rythms, proving after all that Caravan are capable of being the funk soul brother, check it out now! This transatlantic feel is especially present on tracks like “Come on back”, “Can you hear me”, Jack and Jill” and the very Steely Dan-ish “Chiefs and indians” that would not have sounded out of place on an album like “Countdown to ecstasy”. Surely we’ve gone a long way from Canterbury by now. And the bass line in “Jack and Jill” is killer! Who said that white nerds can’t play the funk? Oh yes, I did. So I contradict myself? I am vast, I contain multitudes!

The opener “Here am I” is a cheerful light rocker that sounds suspiciously like Styx but, like in the case of Kansas, better because Caravan aren’t nauseating and Styx are (although it isn’t too hard to imagine it being ruined by Tommy Shaw). The highlight though, and the only track that somewhat stands out, is saved for last; The majestic “All the way” that continues the tradition of “The show of our lives” and even parts of “The love in your eye” with a mellow but stately, even Broadwayish, melody set to a carefully orchestrated arrangement with a bit of flute and woodwind here and there. I’d really like to see this used for a film score if it hasn’t been already, preferrably set to the final scenes of course. This is just about what I find myself able to write about this album though, since there’s not too much to write about. The melodies are all decent but nothing, apart from the closing track, stands out. But this was all but expected from what we have experienced from Caravan up until now, and the tendencies were there already on the previous album even if I must stress that they managed to expand on it on here. The songs are all compact and well performed and nothing sounds the least bit inadequate, as differed to songs like “Lover” on the predecessor.

So all in all, “Blind dog at St. Dunstan’s” is a decent but not terribly memorable album, clearly scented by its time period. Of course, noone should ever think about starting their Caravan collection with this one, but I’m keen to add that you shouldn’t end it with it either. Hang on to find out why!