At Cafè Oto in London, Thursday April 12th year 2012, Robert Wyatt appeared on stage for a discussion to talk about selected tracks from his back catalogue. The discussion was chaired by The Wire’s Tony Herrington and the audience also got the opportunity to ask Robert questions.

Being there would’ve been wonderful, but now even those who spent their evenings elsewhere that fateful day can get to enjoy this talk. An MP3 featuring the evening’s dialogue has been made available on The Wire’s website. Check it out!

Link : The Wire Salon: An audience with Robert Wyatt 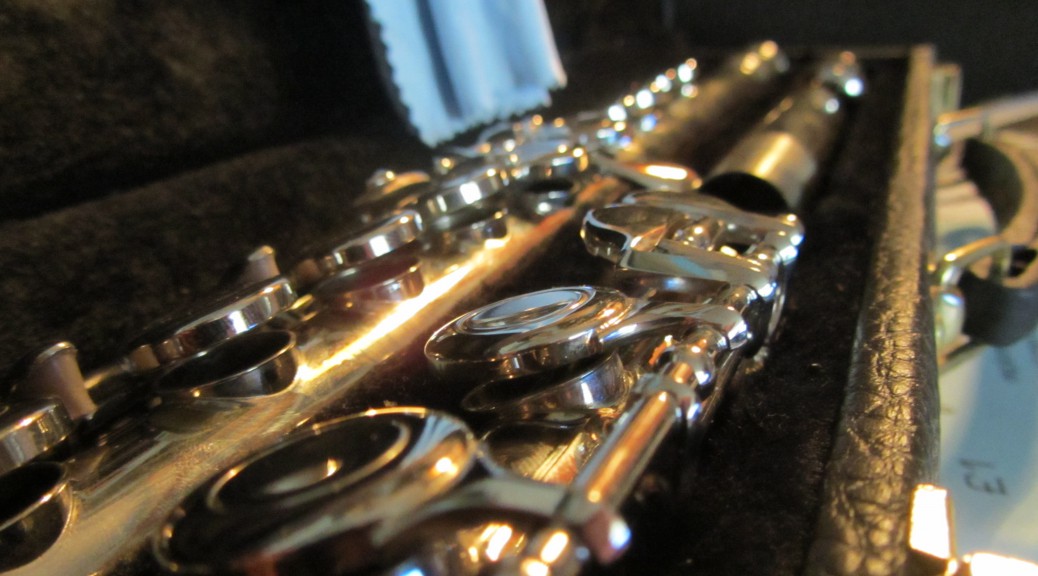 Jimmy Hastings (brother of Pye) may be one of the most underrated musicians from the Canterbury scene. He was an “unofficial member” of several of our favourite bands – Caravan, Soft Machine, Hatfield and the North, National Health – often credited, but generally not an official member. Although he’s contributed saxophone and clarinet, it is the wonderful addition of his flute which I personally enjoy the most. I just love the sound of the flute and Jimmy’s phrasing is always wonderful. What beautiful melodies!

So, I thought it’s time to celebrate this wonderful musician and so I would like to ask all you Canterbury fans out there. What is your favourite Jimmy Hastings recorded solo performance?

Join the discussion in our forum thread : What is your favourite performance by Jimmy Hastings?

Today we celebrate the birthday of the magnificent guitarist and adventurer Mark Hewins who is 57 today. As a musician, Mark got involved with the Canterbury scene in the mid-70s when he played in Polite Force alongside ex-flowers Graham Flight, Dave Sinclair and many other Canterburyan heroes who guested the stage with the band. Later on, he would befriend and collaborate with many other musicians from the scene like Elton Dean, Hugh Hopper and Richard Sinclair in projects like Going Going and Mashu.

Mark has also been a a great resource to many of us fans as he has happily shared with us both Canterbury-related music, pictures, videos and anecdotes, for example stories from when he was on the road with Soft Heap. He is always friendly, always approachable, and many of us owe him our personal thanks.

Some time ago, Mark sent me a video which is an interview with him while “on the road” – or perhaps “in the air” – and I’ve been waiting for the right moment to share it. Enjoy!

Also don’t forget to check out Mark’s account on Soundcloud where he shares his music, both his own solo works and collaborations with others. It is a treasure trove for any Canterbury enthusiast. 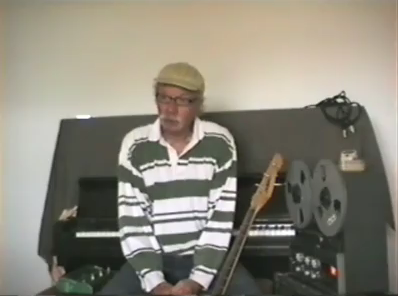 Mark Hewins has graciously shared with us a couple of interviews/talks between him and Hugh Hopper from 2007. I have embedded them here in this post for your viewing pleasure.

This first one is a video of Mark interviewing Hugh and the two discuss subjects like experimental music, how Hugh first got into tape loops and a bit about how technology has changed music.

In the second one, Mark and Hugh talk about pedals. Among other thigs,  Hugh explains how he created his signature fuzzy bass sound that he used in Soft Machine.

Both videos should be rare and highly welcome treats to all fans out there. Thank you so much for sharing them with us, Mark!

Sixnorth or “Six North” depending on where you’re reading about them is a Japanese fusion/prog rock group led by talented bassist and composer Hideyuki Shima. As far as I know, the band has released two albums. The first, I’m Here in my Heart from 2000, features a lot of lovely composed and largely instrumental music which is a joy to listen to. Their second album, Prayer from 2003, is a worthy follow up and connoisseurs of the Canterbury scene will also be happy to hear that it features a guest performance by none other than keyboardist Dave Sinclair on the album’s final track which is named after his cousin Richard. Actually, both Dave and Richard Sinclair have performed with members of the band at a Canterbury festival in Asia in 2004, although I don’t know any specifics beyond that.

The band is slightly obscure here in the west, but those adventurous enough to check them should find them a rewarding listen. Not much is available on sites like youtube, but I did manage to find the song “Richard” from their second album which is the song previously mentioned, dedicated to Richard with a guest performance by Dave Sinclair. If you listen closely, you should also hear a musical reference to the Hatfield and the North song “Fitter Stoke has a Bath”.

You’ve probably heard the news already, popular singer Whitney Houston is sadly with us no more. For readers of this blog, I’d just like to share with you a piece of trivia. Whitney Houstons first recorded lead vocal song was actually a version of Hugh Hopper’s Memories, first recorded by the Wilde Flowers, and was done for the band Material on their 1982 album One Down.

You can find the song below. May her memory live forever!

The music of the Canterbury Scene reaches out to people through time and space and has far reaching influences on other musicians. Some of these influences travel across to the other side of the globe from where the music originated. Over the course of a few posts, I will take a brief look at a few Japanese bands inspired by the Canterbury scene. More than simple imitations, these bands feature highly skilled musicians with a deep respect for their inspirations.

Ain Soph is one of the most obviously Canterbury inspired bands from the Japanese prog rock scene. They started out as a prog band in the 70s and the earliest available recordings from them are late 70s live demos released in the early 90s in the release Ride On A Camel. Could it be a reference to the band Camel? In 1980, they released a highly acclaimed debut album called A Story of Mysterious Forest and in 1986, their even more acclaimed (I believe) Hat and Field which is an obvious reference to Hatfield and the North, both in title, album cover and to some extent the music they play. One of the album’s songs is called “Canterbury Tale (For Pye Hastings & Richard Sinclair)”. It makes me wonder if Pye or Richard ever heard it?

If you find these references obvious to the point of being a little painful, don’t let it turn you off their music which is surprisingly beautiful and “genuine” for a Canterbury band so far away from Canterbury.

For those curious enough to check it out, here’s a small sample, the album’s opening song “The Swan Lake”.

Happy belated birthday to Robert Wyatt who turned 67 last Saturday. I was skiing up in the mountains at the time so this message comes a couple of days late.

As one of England’s most distinct and distinguished solo artists, I will assume Robert Wyatt needs no introduction, particularly not on a website dedicated to the Canterbury Scene. Instead, I’d simply like to ask – have you enjoyed any of Wyatt’s lately? As I’m writing this, I’m listening to a lovely version of At Last I Am Free from the 2010 collaboration album For The Ghosts Within by Robert Wyatt, Gilad Atzmon and Ross Stephen. Fans who have yet to listen to it should check it out

Someone on youtube has used one of the songs from the album to make a sort of Wyatt tribute and I’ll repost that here. So, here’s the beautiful Lush Life from For the Ghosts Within.

Regular readers will know that I often write little birthday greetings or tributes to Canterbury artists on their birthdays. It’s a simple and effective way of making a fan post a little more meaningful. Still, I’ve realized that once you start writing these, it’s a bit rude when you leave someone out. It feels like it’s the sort of thing where the principle should be all or nothing. Unfortunately, I’ve been quite busy since my last post on site and having been away the last four days made me miss not just one or two, but four birthdays.

Pye Hastings had his birthday on Saturday the 21st  of January. Phil Miller and Didier Malherbe had theirs on Sunday and John Greaves had his on Monday, yesterday. They are, respectively, 65, 63, 69 and 62 years old.

74 years ago today, on January 13th 1938, Christopher David Allen was born in Melbourne, Australia. Twenty-something years later, he would move to Paris and then to England in 1961 where he ended up lodging with the Wyatts. There he became a friend of Robert Wyatt and his school friends like Hugh Hopper, Mike Ratledge and Kevin Ayers who were teenagers at the time. The influence of the older, worldly, artistic and open minded Daevid Allen on the young Canterburyans must have been tremendous and he introduced his younger friends to things like jazz and poetry. Perhaps other things as well because he was asked by his landlord to leave after a year as they thought he was a negative influence on the boys!

The friendship continued, though, and in 1963, The Daevid Allen Trio was playing gigs in London with Robert Wyatt on drums, Hugh Hopper on bass and Mike Ratledge occasionally playing the piano. Amazingly, recordings from their gigs exist today and are available on the album Live 1963. In 1966, Daevid would form Soft Machine along with Ratledge and Kevin Ayers. In 1967, Daevid was denied re-entry into England after a trip to the European mainland and so decided to stay in France where he and Gilli Smyth would start playing with musical projects that would eventually evolve into the band Gong. Gong was a strange mix of cosmic and hippy influences; psychedelic and space rock pioneering with bottomless energy and imagination. Ever since, the band and its various incarnations has been one of the (if not the) most popular of the Canterbury bands, always inspired and always energetic.

In addition to Gong and related projects, Daevid also has a solo career. Here’s one of his more popular songs, Why Do We Treat Ourselves Like We Do? from Now Is The Happiest Time Of Your Life from 1977.