For Girls Who Grow Plump In The Night is the fifth album by Canterbury scene band Caravan and was released in 1973 on Decca’s Deram Records label.

The album was recorded between April and August in 1973 at Decca TollingtonPark Studios and Chipping Norton Studios in London. Engineers were Kevin Fuller and Derek Varnals from Decca and David Grinstead from Chipping Norton. Producer was David Hitchcock. In a 2010 interview with Prog Sphere, frontman Pye Hastings had the following to say about the album.

Pye: Dave agreed to record “Plump in the Night” as a session player for a fee because he didn’t want to re-join the band at the time and needed some quick cash. We had previously recorded the album without keyboards with the intention of adding them later. Dave obliged but the recording lacked feeling and commitment. In the meantime we had a tour to do which again Dave agreed to do for a fee. Upon return we recorded the same numbers immediately, having ironed out all the bits that weren’t working, and got the backing tracks done in one take. Clearly this was the way forward. Great fun. I have never stopped writing and had this batch of songs ready as soon as Richard and Steve left the band. Something positive usually comes from a disruption, like line up change.

Note that later CD releases typically have bonus tracks in addition to the 7 tracks from the original release.

Sunset Wading is the debut album of musician and bass player John G. Perry. Aside from John G. Perry, the band features performances by several musicians, among them ex-fellow Caravan member Geoff Richardson and Elio D’Anna and Corrado Rusticci from the Italian band Nova.

It was really just a solo project, though, we had no plans for it to do any touring or anything else like that. Just a collection of musicians who I wanted to actually work with, I sort of wrote all the framework of it, but I wanted to give them the room to express themselves. So all the parts weren’t written, we all knew each other, and I could give them a lot of freedom within a sort of… structured framework of the story of “Sunset Wading”.

The album was recorded in late 1975 and early 1976 at Decca Studios in West Hampstead. Producer was Rupert Hine. 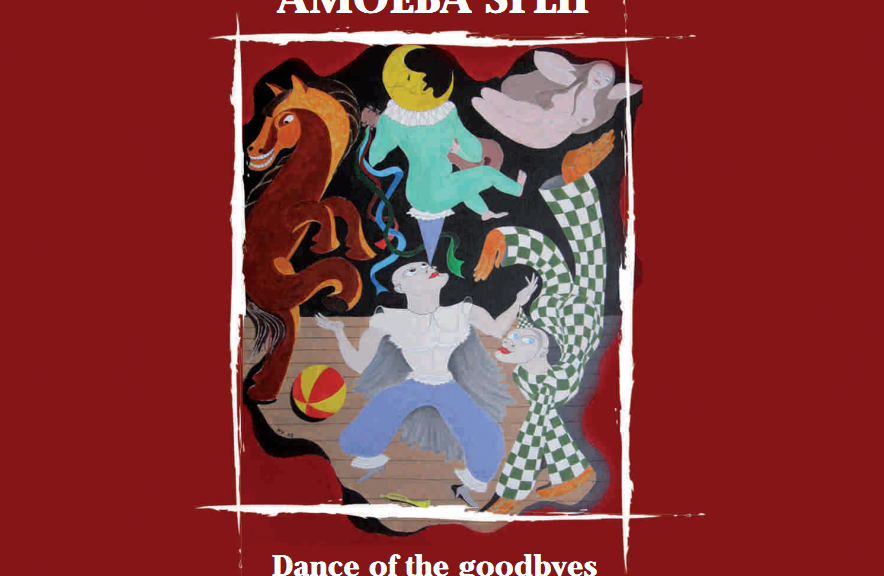 Dance of the goodbyes is the debut album by spanish jazz-rock Amoeba Split. Canterburyan influences and references generally makes the album and the band considered to be part of the extended Canterbury scene. For example, the first track “Dedicated to us, but we weren’t listening” is a reference to the Soft Machine song “Dedicated to you, but you weren’t listening” from the album Volume Two. Dance of the goodbyes was the result of four years work and was nominated for best debut album of 2010 on the italian website Progawards.

The album was recorded at Fuzz Studios in A Coruña in Spain. The sound engineer was Ezequiel Orol. Work on the album started in 2006 and in 2010, it was released on the independent label Autoedita.

The album was recorded Columbia Studios in London between the 16th and 26th of July 1974. Engineer was Bernie O’Gourman while production is credited to Soft Machine. 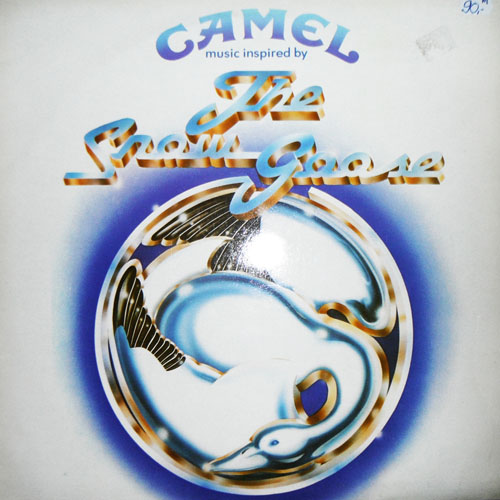 Music Inspired by the Snow Goose, also known as simply The Snow Goose, is Canterbury scene prog band Camel’s third album released on Decca in 1975. The success of The White Rider suite from their previous album, Mirage from 1974, inspired the band to write more conceptual suites based on novels. Before settling on Paul Gallico’s novel The Snow Goose, the band considered other literary works, among them Herman Hesse’s novel Siddartha which was also an important influence on prog band Yes’ widely considered magnum opus, Close to the Edge. The originial album title was The Snow Goose, but the band changed the name to include “Music Inspired By” after legal protests from Gallico. The idea for the album to feature lyrics based on his books was also abandoned due to Gallico’s protests and, as a result, the album is entirely instrumental.

The album features orchestral and rock instrumentation and the tracks segue seamlessly from one song to the next. Music Inspired by the Snow Goose is generally considered one of Camel’s more accessible albums and a Canterbury scene classic. It remains a favourite with many fans, alongside their previous release Mirage and subsequent release Moonmadness.

The music follows the narrative of Paul Gallico’s book which is a parable on the regenerative power of love and friendship. The story is about the friendship between the man Philip Rhayader  and Fritha. Philip is a partly disabled artist living on his own in a lighthouse. Fritha is a young local girl. At the start of their friendship, Fritha finds a snow goose wounded by a gunshot and Philip and Fritha nurse it back to health as their friendship develops. When their friendship blossoms, the snow goose is nurtured back to flight and continues to visit the lighthouse on it’s migration travels for several years as Fritha grows up. Philip takes his small sailboat to Dunkirk to assist in the evacuation of allied soldiers during the Second World War, but is lost after saving several hundred soldiers. The snow goose who accompanied Philip visits the adult Fritha one last time which she interprets as a visit from Philip’s soul saying farewell. Later, Rhayader’s lighthouse is destroyed by a german pilot and all that is left of his art is the picture he painted of Fritha, the young girl with the wounded snow goose in her arms.

Two Rainbows Daily is an album by bass guitarist Hugh Hopper and keyboardist Alan Gowen. It was released on the label Red Records in 1980.

The album was recorded in Alan Gowen’s home during the days 2nd to 7th of June, 1980. Studio engineer was Peter Ball while production is credited to Hugh Hopper and Alan Gowen. The cover art is a painting by Hugh Hopper.

National Health is the eponymous debut album of Canterbury scene band National Health and was released in October 1977 on Affinity Records. The album features lengthy, complex instrumental compositions reminiscent of Hatfield and the North and is considered by many to be a classic album from the Canterbury scene.

The album was recorded in in London in March and April 1977. Studio engineers were Mike Dunne, Paul Northfield & Brian Gaylor. The producer was National Health and Mike Dunne.

The album was recorded in Tangerine Studios in London between February and May 1970. Engineer was Robin Sylvester while production was credited to the band and their manager, Terry King. In an interview with the Marmelade Skies website, Richard Sinclair stated that “on the album it says the group and Terry King produced it but really it was Robin’s influence in there. He was the engineer, he did all of the recording. He was a musician and he had ears, so the album had a much more musicianly quality to it.”

Caravan is the eponymous debut album of the Canterbury scene band Caravan. It was first released on the label Verve in January 1969.

The album was produced by Tony Cox and was recorded in Advision Studios in London in September and October in 1968. 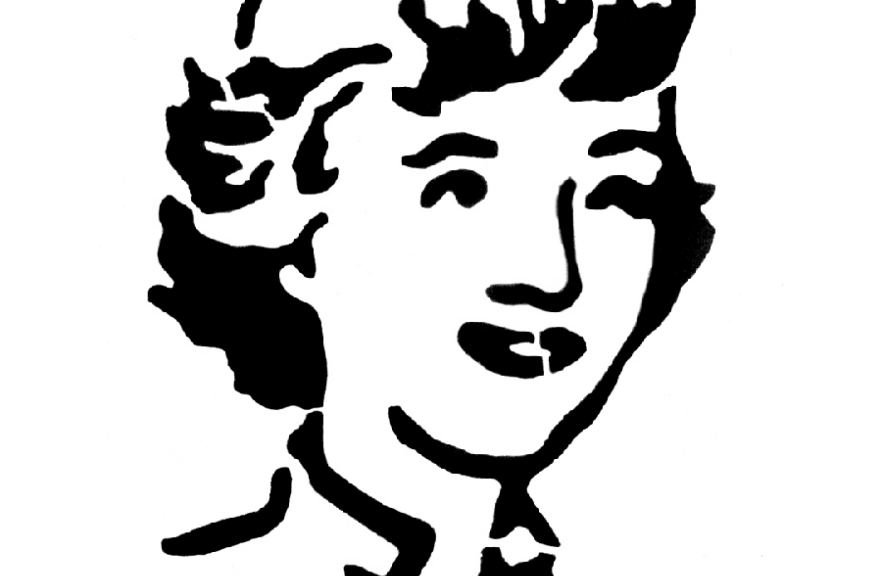 The album was recorded in Amatøren studio and in Trond Gjellum’s living room between late 2001 and May 2002. Technicians were Trond Gjellum and Thomas Meidell. Mastering was done by Trond Gjellum. A revised version of the cover was made by Anders Kristian Krabberød in 2004.