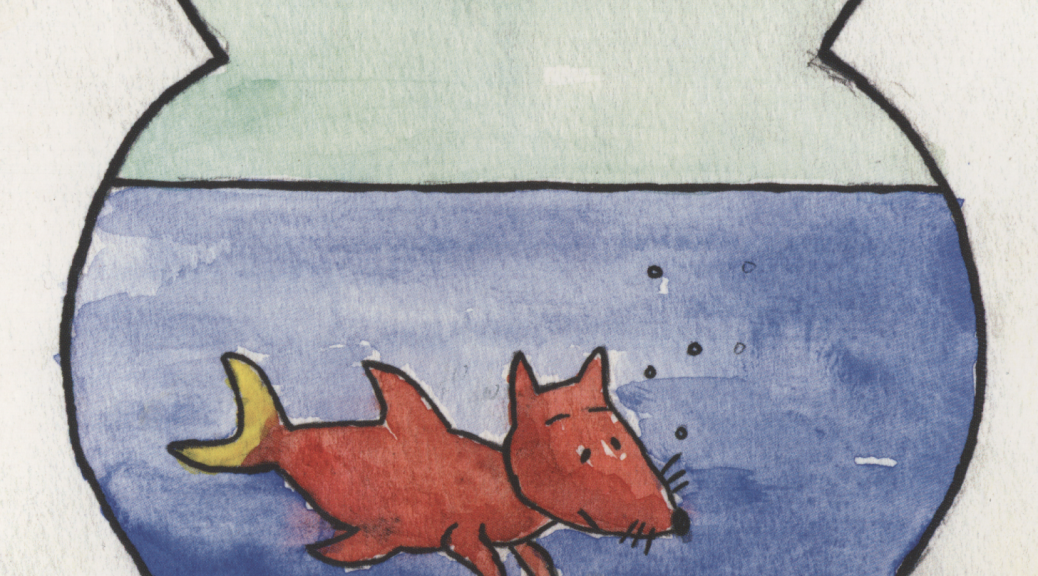 Panzerpappa is a band from from Oslo, Norway. In their own words, the band plays “progressive rock with a friendly face” but is more accurately described as RIO/Avant-Prog with influences stretching back to 70s bands like Henry Cow, King Crimson and Samla Mammas Manna with a dash of Canterbury like Hatfield and the North. The band has so far released four albums with the fifth, called Astromalist, currently in the final stages of production. The band’s fourth effort, Koralrevens Klagesang, mixes rock in opposition, prog and jazz together to great effect. In addition to the band (Trond Gjellum, Jarle G. Storløkken, Anders Krabberød, Steinar Børve), the album also features contributions from a range of musicians which, I imagine readers of this website will be pleased to hear, includes a guest vocal performance by Richard Sinclair.

Listening to the album again, I notice how refreshingly diverse it is. Each song clearly has its own identity and attempts its own thing. The album features a recurring title theme called Koralrevens Klagesang parts I, II and III and even though they share a same musical theme, they all sound very different. The two first parts open the album with the intro track being a mournful tune dominated by a brass section while the second descends into barely structured chaos featuring sinister sounds which, to me, are reminiscent of Univers Zero. The album’s third track is as close as you get to a prog epic on the album which features, along with great sax and guitar, great use of vibraphone in its first half. Some of the hooks here have a way of getting stuck in the ears.

Apraxia is a beautifully slow and layered piece that I thought reminiscent of Return to Forever’s Crystal silence when I first heard it. Bass at the bottom and then beautiful vibraphone, balaphone and guitar forms the basis while a mournful saxophone solos on top. A moment towards the end when the sax finishes its solo and an acoustic guitar enters to finish the piece is one of the most hair raising moments of delight found on the record. Vintervake, featuring vocals by Richard Sinclair, will likely be a favourite with anyone listening to the album for the first time. Richard’s singing gives it an instantly Canterburyan feel, but the composition (by Steinar Børve) is still very Panzerpappa. Etyde and Frenetisk Frenologi (For Nybegynnere) are both instrumental pieces that, to me, seem to tell some sort of narrative. Both songs feature changing themes exploring musical landscapes from the upbeat and beautiful at one extreme to aplocalyptic gloom at the other.

The album’s finale is a beautiful acoustic version of the Koralrevens Klagesang theme featuring clarinet and two acoustic guitars. As an added trivia, the track features no overdubs and so a few takes were done. Just after the final take (the one featured on the album), one of the strings on Jarle’s guitar breaks and so the last sound we hear on the album is the sound of the string tearing and unwinding a bit before it suddenly snaps.  The timing couldn’t have been more perfect!

I’d be the first to admit that I’ve yet to get something resembling a firm grip on modern RIO/prog. I am still by far mostly listening to records from the 70s. Although I probably would’ve picked up the album eventually due to its guest performance by Richard, I got around to it quicker as Anders Krabberød (bass) is a personal friend, something which helps make this album extra special. Still, my praise is not simply a plug for a friend. According to Gnosis, Koralrevens Klagesang is currently the second best album from Norway in their database. Although it’s been a while since I first heard it, I still find  it a highly interesting album which covers a lot of musical ground and contains many enjoyable highlights. Those not familiar with avantgarde music may find it a challenging listen, but probably not to the point of being exclusive as songs like Apraxia and Koralrevens Klagesang III should be enjoyable to just about anyone, at least those visiting this website!

Koralrevens Klagesang is still my favourite Norwegian album and, I suspect, will be until the upcoming release of Astromalist which I very much look forward to.